The next day during breakfast a guard came to me and passed me a slip of paper, some sort of pass. He said, ”After breakfast you need to go directly to the medical unit and see the dentist.” This place was a fortress. Lots of long, dark tunnels. I had no idea where I was supposed to go, but I reasoned that I could ask and eventually find my way there. I was kind of looking forward to it. It would be nice to go somewhere alone, un-escorted. So, I hurriedly ate my eggs, gave my patty away, and rushed off to the dentist.

Once there I knocked on the door, and waited for it to be unlocked. I gave the officer my pass. The medical unit looked like little more than a long, narrow hall, with a few small rooms here and there. The guard pointed to one of the open areas and said, “Wait in there until I come get you.” I walked down the hall a little ways and made a left into the area that he spoke of. Inside there were a few chairs, one small wooden bench, and what looked like a giant birdcage, just big enough to fit one person. There was a man inside of this cage. He was wearing a yellow jumpsuit. I had no idea what a yellow jumpsuit meant. I sat down next to him on the wooden bench.

He said a happy, exuberant even, “Hello!” I said hi back, and continued staring at the floor. He explained happily to me, “I here getting’ ma sugars washed.” I explained that I didn’t know what he meant. He explained that he had, “the sugars” and that about once a week he had to come down here and “get ‘em cleaned”. Nice enough guy, he seemed a little challenged. I asked if he meant that he had diabetes and he affirmed that this was true. I asked him what the yellow jumpsuit was for. Explained that he was in PC. I didn’t know what that meant, and I wasn’t sure that this was the guy to explain it, so I let it go. Mostly, I sat there thinking about the wooden bench, how it came to be, how long it had been here. I wondered who had made it. It had a Quaker furniture appeal to it. It was simple, even a little rough, but it felt nice, in contrast to all of the cold smooth metal and concrete surrounding us. This bench felt familiar and warm and….

So, I said good-bye to my friend in the cage, told him good luck with his sugars. He said good-bye to me with cheer in his voice and a glean in his eyes, and I followed the guard down the hall to the dental area. It was a tiny, cramped space. They instructed me to take a seat in the chair. I did. The dentist came in and explained that this was just a check-up for processing. He wanted to know the last time, if ever, I had seen a dentist. I explained that I had gone just a few months before I was locked up to have my wisdom teeth removed and for a cleaning. He harrumphed skeptically, and asked to look inside my mouth. I explained that I had just come from breakfast, apologetically, but he seemed to ignore me. I opened my mouth and he looked inside. Less than two seconds went by. He sat back up and angrily said, “Why didn’t you brush before coming to see me this morning?!?” I explained that the guards had said to come straight here after breakfast. I didn’t know that I could go back to my unit and brush first. It didn’t matter what I said. He wasn’t listening. He was busy doing other things, writing things down in a chart, and reorganizing his tools. Whatever we were here to do this morning, he had already done. I was excused and told to return to my unit.

Most of processing went something like this for me. I went to a medical examination where I stripped naked. The doctor stood about eight feet away from me, instructed me to grab my testicals, turn my head to the side and cough. I followed his instructions, but tried to explain that I really didn’t know what I was supposed to be feeling for. He never responded, just told me to get dressed. We were done. I went to see a psychologist who asked me if I felt suicidal, informing me at the same time that if I did then they would put me on a suicide watch; So, of course, no, no, I did not feel suicidal at all.

Over a period of a week or so I went through processing. I was pricked and prodded, given eye-sight tests, blood tests, IQ tests, reading comprehension tests. I stood in lines talking to others about what they were going through. “How’d you get here? How much timed’ ya get?” I met a few guys that were still recovering from being shot by officers during their apprehension. “Got shot in the ribs, and they still gave me all this motherfuckin’ time!”

The guys that I was processing with were very nice to me. I think we were all pretty considerate to each other. We would have talks about what we wanted to watch on television that night, and these were always pretty considerate. They knew that I didn’t have any money so they took a collection up and bought me some rolling tobacco, and some snacks to tide me through. I told them that I really couldn’t pay them back unless we ended up at the same camp; They didn’t care though, they said just to pay it forward.

Eventually, I was taken to meet my caseworker. It was an odd conversation. She talked to me as if I had some idea of how this all worked. She asked if I wanted to stay at the prison that we were at so that I would be close to family and friends. But this prison only allowed one phone call a year! No thanks. I explained that most of my friends had fallen away over the past several months, and now mostly it was just my family that would be coming around. No, I didn’t really need to be here. What I really wanted, I told her, was to work on my education. I explained that when I was outside, I had always heard that people in prisons were going to colleges. I wanted to do that. I had had a little college back when I was nineteen or so, but I had dropped out during the second semester. I wanted to go to college. Was that an option? She looked skeptical, said that she would see what she could do, but that it really didn’t work like that, but she would try. Our interview was over. I was told to return to my cell. 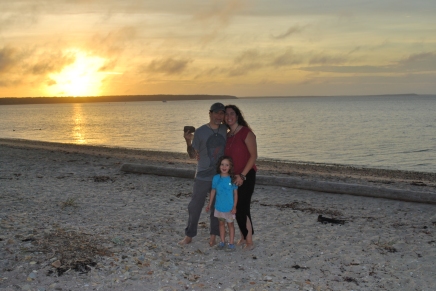 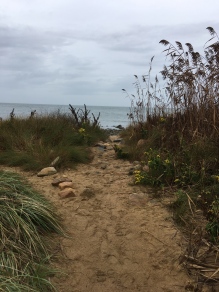