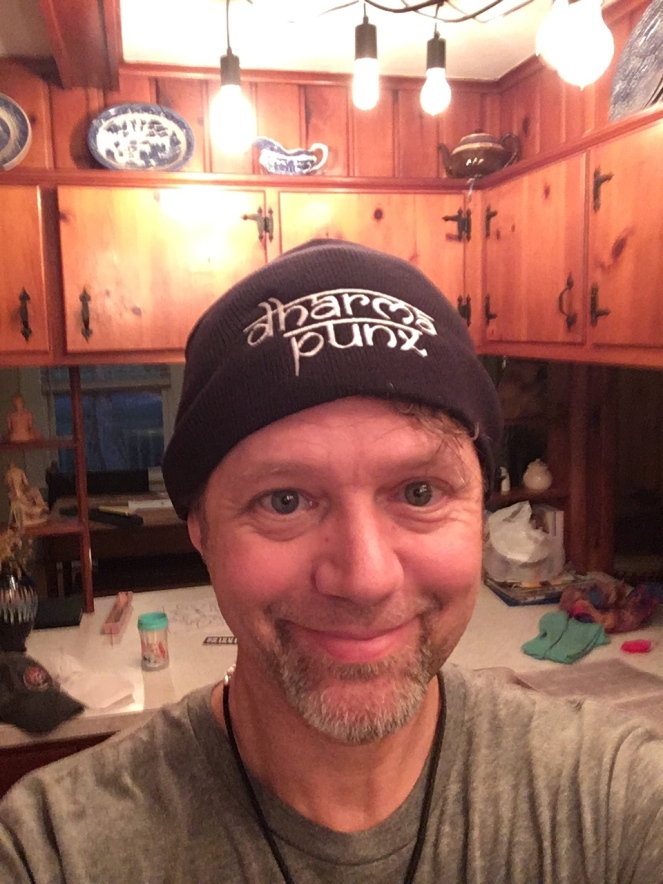 I was in the parking lot getting ready to go, pulling on my gloves, adjusting my saddlebags.
A grizzled local, a western New Yorker, peppered beard a little too long and mirrored wraparound sunglasses, dirty jeans, shouts out to me enthusiastically across the lot walking towards me: “How ya’ like being back on the road again?” referring to the sunny skies and the at least warmer temperatures.
I answer a little embarrassed. I never quite know how to say this up here, where we get so much snow and the temperatures are commonly in the single digits. I say, “Um, well, I’m kind of a year round rider. I mean, I have a winter suit and everything, so as long as the roads are clear I ride…”
He says, “I’ve got a Harley.”
“Yeah? What kind?”
“A newer model Electra-glide. Man, that thing cost more than my truck! I don’t take it out until ALL of the salt’s off the roads.”
“Yeah, I don’t blame you. I love those things; all that chrome, the big sound.” We look at my bike. There’s not much impressive about it. It’s dirty from riding on the muddy streets where the snow is melting away. It’s rusty in spots. The head is covered in grease and carbon. The tires are white with salt from the roads. I finish with, “That’s the nice thing about this old beater bike. No one’s gonna notice a little more rust and dirt.”
He says that he used to have one of these, an old Yamaha Maxim, but his was a 700cc motor, as opposed to my 650. I say, “700…that must have been an ’84 or, what, maybe ’83?” (There’s no magic here. In 1983-1985 the U.S. raised taxes on any imports above 700 cc’s. The manufacturers answered this by building more powerful 700 cc engines.So if someone says they owned a 700 it was inevitably an ’83-’85)
He says, “Yeah. It was an ’84 I think.” Then he tells me about how his new Harley will do 80 on the highway so smoothly that it feels like you’re cruising at 20 miles per hour. I laugh and tell him, “Not this thing. 80 miles per hour and it’ll beat you half to death.” He laughs and says he knows. He remembers. His was like that too.
He says “good-by” and I say “by” too. I strap on my helmet, crank up my bike and rev my way out of the parking lot feeling warm, satisfied, a strange friendship with a complete stranger.
Camaraderie.